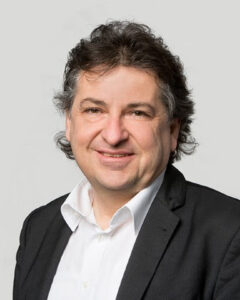 In analogy to human intelligence, two types of AI systems can be distinguished: symbolic AI and subsymbolic AI. In symbolic AI, cognitive capabilities are based on the explicit representation of knowledge. Tasks are performed with the help of logical reasoning. In subsymbolic AI, solution strategies are learned with the help of machine learning using example data without the knowledge being explicitly represented. However, neither of these two types of AI systems alone is sufficient to deal with many tasks.

The creation of real-world applications poses further challenges for AI solutions regarding the roles and responsibilities of humans and AI. The cooperation and interaction between people and technology is a basic principle of information systems and socio-technical systems. This is particularly relevant for AI, which shall take over cognitive tasks from humans. AI solutions are designed and trained for specific tasks, where they are superior to humans. On the other, the knowledge and common sense of humans allow them to validate AI-based decisions, assess consequences of decisions and deal with borderline cases that are not covered by the AI. Hybrid Intelligence, the collaboration of humans and AI, allows for achieving goals that are unreachable by either humans or machines alone. 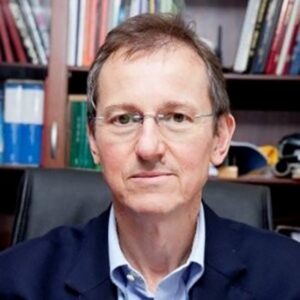 Professor of Theoretical Physics at the University of KwaZulu-Natal (UKZN), in Durban (South Africa)

Francesco studied Physics at the University of Freiburg i. Br. and received his PhD in 1988. He was conferred the “Habilitation” degree (Dr. rer. nat. habil.) from the same University in 1994. In 2004 he was appointed Professor of Theoretical Physics at the University of KwaZulu-Natal (UKZN), in Durban (South Africa). In 2005 he was awarded an Innovation Fund grant to set up a Centre for Quantum Technology. In 2007 he was granted the South African Research Chair for Quantum Information Processing and Communication. At present, he is also Pro Vice-Chancellor Big Data and Informatics of UKZN, one of the Deputy Directors of the National Institute for Theoretical Physics (NITheP) and Adjunct Professor in the School of Electrical Engineering of the Korean Advanced Institute for Science and Technology (KAIST). Prof Petruccione is an elected member of the Academy of Sciences of South Africa, a Fellow of the Royal Society of South Africa and a Fellow of the University of KwaZulu- Natal. He has published about 190 papers in refereed scientific journals. He is the co- author of a monograph on “The Theory of Open Quantum Systems ” (more than 7000 citations according to Google Scholar), that was published in 2002, reprinted as a paperback in 2007, and translated in Russian. Recently, he published a monograph (with Maria Schuld) on “Supervised Learning with Quantum Computers”. He is the editor of several proceedings volumes and of special editions of scientific journals. Prof Petruccione is a member of the Editorial Board of the journals “Open Systems and Information Dynamics”, “Scientific Reports”, and “Quantum Machine Intelligence”. 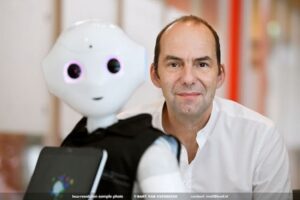 Professor for Philosophy of Technology at the Technical University of Eindhoven (TU/e), (The Netherlands)

As-if AI (AIAI) and technical AI: The Case of Intelligence Without Goals

Vincent C. Müller is Professor for Philosophy of Technology at the Technical University of Eindhoven (TU/e) – as well as a Senior Research Fellow at the University of Leeds , Turing Fellow at the Alan Turing Institute, London, President of the European Society for Cognitive Systems and Chair of the euRobotics topics group on ‘ethical, legal and socio-economic issues’. Previously, he was Professor at Anatolia College/ACT (Thessaloniki) (1998–2019), Stanley J. Seeger Fellow at Princeton University (2005–6) and James Martin Research Fellow at the University of Oxford (2011–15). He studied philosophy with cognitive science, linguistics and history at the universities of Marburg, Hamburg, London and Oxford. He is known for his research on theory and ethics of disruptive technologies, particularly artificial intelligence (AI). He has published widely on the philosophy of AI and cognitive science, philosophy of computing, philosophy of language, applied ethics. He also edits the Oxford handbook of the philosophy of artificial intelligence (OUP), wrote the Stanford Encyclopedia of Philosophy article on Ethics of AI and Robotics and has a book forthcoming with OUP on “Can Machines Think?”. He is currently, principal investigator (PI) on the H2020 EU project “Inclusive Robotics for a Better Society” (INBOTS), Co-I and on the Scientific Committee of the H2020 AI platform project AI4EU, Co-I and on the Management Board on the NWO project “Ethics of Disruptive Technologies”. He is also one of the 32 experts on the Global Partnership on AI (GPAI) and he is a member of the OECD Network of Experts on AI. 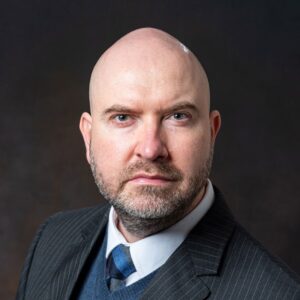 Prof Thaldar is an academic at the Law School of the University of KwaZulu-Natal, Durban, where he chairs the Health Law & Ethics Research Interest Group

AI inventorship in Patent Law: A World-first for South Africa

When an American artificial intelligence entrepreneur, Dr Stephen Thaler, applied for a patent for a new food container, his patent application was rejected by patent offices of the United States and Europe. The reason for the rejection was that the inventor was listed as DABUS—Dr Thaler’s AI creation, which invented the new food container with no human assistance. This patent application raised a critical question which has been long-debated by academics involved in the field of AI—should AI be listed as the inventor on patents where the AI was responsible for the invention? The South African Patent Office (SAPO) answered this question in a fascinatingly forward-thinking and bold way by granting Dr Thaler’s patent with DABUS listed as the inventor, and Dr Thaler listed as the patent owner. Soon after the SAPO decision, the Australian Federal Court handed down a judgment in Dr Thaler’s case against the Australian Deputy Commissioner of Patents’ rejection of his application, in which the court reached the same decision as SAPO. An analysis of South African patent law confirms that SAPO made the correct legal decision—a purposive interpretation of the Patent Act 57 of 1978 leaves open the possibility of title over a patent based on ownership of the AI inventor. Further, the Intellectual Property Policy of the Republic of South Africa (Phase 1) emphasises the importance of innovation and development, which can only be achieved by evolving the law in line with the advancement of science and technology. AI has the potential to improve the human condition, and it should be embraced and advanced as such.

Prof Thaldar is an academic at the Law School of the University of KwaZulu-Natal, Durban, where he chairs the Health Law & Ethics Research Interest Group. He also has a private law practice, where he specialises in strategic litigation in fertility law. Before starting an academic career, he practiced as an advocate at the Pretoria Bar, focusing on human rights litigation. He served as legal counsel in several landmark cases in the field of fertility law in South Africa. Some highlights are: The first case that considered the concept ‘designer children’ (2016); the first case of posthumous conception (2018); the first case of gamete withdrawal from a comatose person (2020); and the first case about the enforceability of a sperm donor agreement (2021). In 2016, Donrich was nominated by the Pretoria Bar for the national Pro Bono Advocate of the Year Award. Prior to his career at the Pretoria Bar, Donrich was a technology entrepreneur. Donrich holds a PhD in law from the University of Cape Town, and a Postgraduate Diploma in Strategy and Innovation from Oxford University. In 2020, Donrich lectures Bioethics to the LLB final year students, and coordinates the LLM programme in Medical Law.